Technologies in healthcare – hyped or promising ? 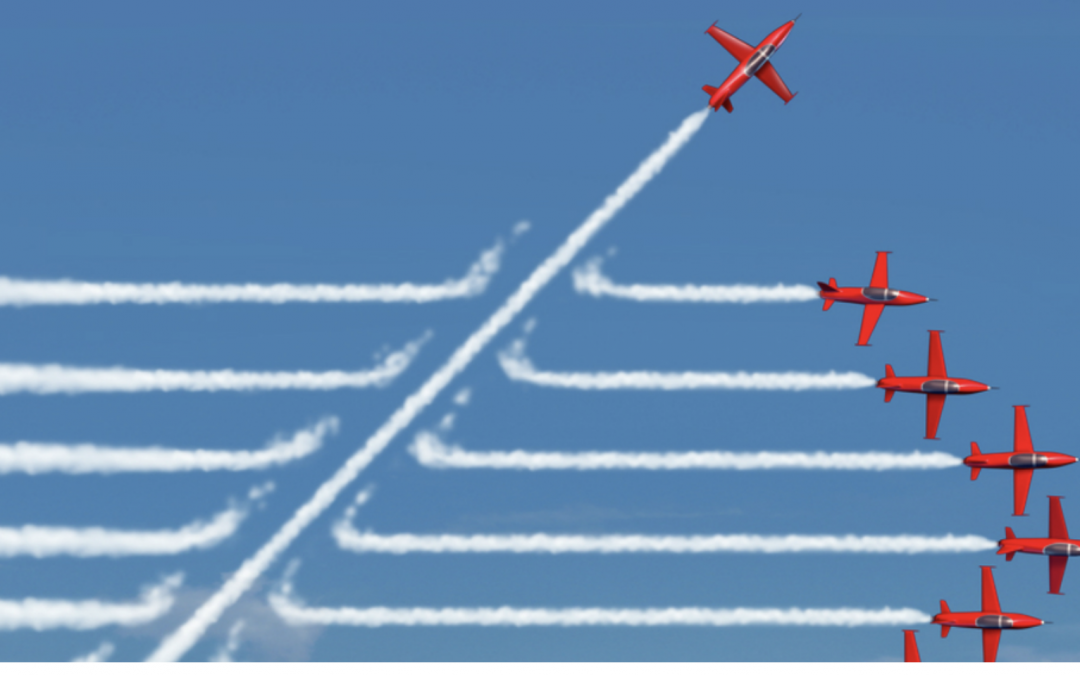 What do you consider to be the most-hyped and most-promising healthcare technologies?

If you were to look at in media today, in my opinion, block chain is hyped. People don’t even know what it is. It’s moving so fast. You would think that in an industry like healthcare, people would be more skeptical because we’re supposedly a more data-driven, evidence-based industry. You go to HIMSS and someone says they’re doing something with blockchain. You ask them to describe its advantages and they end up talking about the technological benefits. You ask what that means for a hospital and they can’t articulate it. How is it going to improve the bottom line, top line, patient care, whatever it is? They’ll answer it as a feature statement rather than benefit.

Most promising is, surprisingly, artificial intelligence. I say “surprisingly” because healthcare is typically last to the tech adoption game on anything that’s emerging. But we’re seeing that it’s picking up the pace pretty significantly, mainly in the imaging departments, but also expanding outside.

Machine learning and deep learning. I was surprised that CEOs of hospitals said that. We get skeptical when someone makes a choice like this, so we asked, you said machine learning, do you even know what you’re talking about? They really did. They could talk about it, saying, we have all this data, and if we could use machine learning algorithms to look at it, maybe it could help us predict the types of patients who are most likely to miss an appointment or not take a med. These algorithms could help us with medication adherence, following a certain protocol, or even with logistical issues.

On the imaging side, it was much easier for them to answer that it could help a radiologist diagnose something or notice some lesion or some problem with a vessel within an image much more quickly. That would make them more efficient and hopefully raise the clinical efficacy of the encounter and the diagnosis.

Wall Street and private equity firms are buying high-income medical practices such as dermatology and are already deep into hospitalist, ED, and anesthesia staffing. How will that change the market?

It will interesting to see if pay-for-performance every really takes off or some mandate from on high alters the financial dynamic whether they’ll really stay in. Do they go the way of a lot of these vendors that come in and do the hokey pokey, where their right foot’s in, their right foot’s out? You never know. That’s why a lot of healthcare organizations are professionally skeptical. They’ve learned to be about those new entrants that say they know healthcare or that buy their way in.

People buy up amazing companies and do layoffs right away. You talk to those acquired installed bases over a few years and they say, it’s all changed. Things were going really well before. I understand economy of scale, but the problem is when that they get integrated, it goes in the opposite direction. Things are getting worse. They might be getting some sort of year-over-year benefit from economies of scale, but the end users don’t.

You’re seeing the same thing with Wall Street, private equity, and others jumping in. There’s money right now and there’s inefficiency. But once they’ve squeezed as much inefficiency out as possible, then they start looking at their returns. They owe their limited partners or their investors. That’s who they serve. How long will they stay in the game? Are they in it for the long haul? I doubt it. Some are, so they will be able to make some improvements and then look at it as a long-term play.

You’ll see a lot of them getting out in the next decade or less. You can see these guys having to go private again or coming up with their own ownership groups or whatever it is. You’ll see the investors stepping out. That’s again if the government doesn’t step in, behind the scenes, and collude to help make markets happen, keep people in business, and keep themselves elected. I’m going to get really cynical if we get into the government aspect. Which I’ll certainly do, and I’m willing to fall on my sword about my opinion of government and business collusion. But enough about the HITECH Act.

What changes are happening in the big four inpatient EHR vendors of Epic, Cerner, Meditech, and Allscripts?

Hospitals and clinics have learned that an EHR is not the panacea it was made out to be, or I should say, it was mandated to be. It certainly needed to happen, but whether it needed to happen as fast and in such a rigid way is up for debate.

What they’re finding out is that, we put the EHR in because we were explicitly or implicitly promised that we would see a lot of improvement. Patient care would improve, and over time, our organization’s financial position would improve, all because of digitizing patient records, order entry, the MAR, and everything else. What you’ve seen — at least from the research I’ve done and research I’ve read – is that there has not been a material or even statistically significant improvement in hospital bottom lines, clinic bottom lines, or patient outcomes.

Now what are they doing? We have to create accountable care organizations. We have to coordinate patients. We have to get them in their own little sub-populations. How do we treat those patients? We had better have analytics. Do we even have a real data warehouse? Oh no, now we have to go get a real data warehouse. Now we have all the data, we don’t know how to analyze it, so we had better get several analysis tools. Do we know how to do that? No, so we have to hire some other firm to come in and help out.

They start realizing that for all the time and money they spent on an EHR, all they have done is that the ball got kicked into the end zone and it’s been advanced to the 20-yard line. You mean that we have 80 yards more to go? Yes. Now they’re having to look at everything else to understand that the EHR, these big clinical systems, get put in and they’re the operating system of the hospital. You have a lot more apps and a lot more things that you have to load on top of it.

That’s not the way it was sold back then. Ten years ago or so, no one was talking about having do do all these sorts of things and I’m not sure everybody knew it. When you’re a hospital trying to run your organization in dealing with state mandates, local mandates, employers, payers, and Medicare, it’s tough. You have to rely on the vendors you work with to help you out. You really do. I’m not sure the vendors really understood that it’s not just putting in the EHR. I don’t think anyone would have bought it if they realized, we’re going to spend how much of our budget? Then the upgrades are going to be all this and other sorts of stuff? That’s just the foundation now. We have to do all these other things and bear all this additional cost and labor.

It’s shocking that so much money has been spent on the space, our space. What are the outcomes? Are hospitals in better financial shape? Has putting in all this technology caused a significant improvement in outcomes — financial, operational, specifically for patients? No. You certainly had to put in these systems, but the end result has not been as super positive as everybody expected. I don’t think anyone was necessarily to blame. I don’t think Epic, Cerner, Meditech, or Allscripts went in knowing, ha, you’re going to have to dump huge amounts of money here and then load all these other solutions over time. Because I don’t think people anticipated it. We have so much more that we have to do. I really see healthcare at about the 20 or 25-yard line.

You need to know your ideal customer who you can have the greatest success with, and try to be precise in your messaging to that group. Because everyone’s getting washed out. That means that only the largest of the large are going to get attention because of their sheer scale, size, and reach.

Being precise is better for attendees and eventually better for vendors. You may not get as many people coming by your booth, but you’ll get a better quality of interaction and probably end up closing more business. But taking that approach is a scary step into the dark, because everybody is saying they do lots of things and trying to get more people to come in. That confuses the message and prolongs the sale.

The most successful vendor at HIMSS seems to be HIMSS.

They bought Healthbox, which invests in tech companies. HIMSS is indirectly and directly competing with almost every one of their members. It’s confusing. They’ve done a brilliant job.

You wrote some funny stuff about the HLTH conference. That would not have emerged if everyone was happy about what’s going on with HIMSS. There is demand because HIMSS is this incredibly successful organization that seems like it has to grow. It doesn’t know how to stay put, so it has to acquire other conferences, do partnerships, and acquire a research company or whatever HIMSS Analytics is now. I heard many vendors say they’re not really comfortable now because HIMSS was a partner — an expensive partner, but a partner — that offered value, but now it’s encroaching into their business.

Disruption is the name of the game, far more than ever. I don’t necessarily mean technology disruption, it’s more organizational. The lines are blurring and they’re going to blur even more to where entities become indistinguishable from one another. You’re seeing hospitals launching vendors. You’re seeing vendors looking at coming up with their own healthcare organizations. You’re seeing insurance companies do different intermediaries, buying up provider organizations all over the place.

Perhaps we will see massive investments in the life sciences and drug companies into provider organizations to help shrink clinical trials and to get more access to that information. These are seismic shifts and lines are blurring.

It will be interesting to watch